The main image of the Denpo-in

The Good Luck of Fudo Myo-Oh

It is a life-size Fudoson statue of Mr. Mitsushige Sato in 1868.

In the 1944s, when the mainland air raids were reported, the chief priest, Junsei, the priest of the temple, began to build an air-raid shelter with a single shovel under the floor of the main hall.
Under the floor of the main hall, there was a height enough to walk with the head down, and the central part of the main hall was about four and a half tatami mats in size, and there were many floor pillars standing.
When I (Shoho) who was the sixth grader of the elementary school at that time came back from the school, the bucket was tied to the tip of the rope rather than one naked light bulb, and the rope was raised by the calling on the sum in the hole, and the soil of the bucket was piled up to the surface of the ground.
Especially, it was serious when it was a transfer to this cage of the main image.
After all, it is a life-size principal image.I removed the flame of the back, and put it in the place where it was finally put in the place by two people on the rock seat.It is at this time that part of the flame is damaged now.
This honson was engraved by The Hand of Mitsushige Sato in the Eisei priest’s generation in Meiji 39.From the same point as the birth of Junsei  (May 5, Meiji 39), this image is exactly the same as The Junsei Wajo itself.
At all costs, we must save this image from the war.From the belief that it was a spiritual test-taka-san image that had been believed by many of the members of the lecture group up to now, it was a soil moat work to make beans in the hand, and to suppress the pain of the waist.

On August 2, 1945, the air raid by B29 began.The hand of the fire has gone up.Junsei Wajo trampled the soil on top of the wall with water, and on top of it, water was added to the first wall.It is from the desire that it is useful even a little to protect the image of the image in the cage.
In addition, it fills the fire prevention water of concrete making installed in the main hall stone stepside, and sinks the statue of Standing Fudoson which had been enshrined in the main hall as a temporary main image in this,

And, it evacuated from prayer.

Thanks to this, the immobility in the wall, the main image of the present main hall was saved safely.After all, after noon on the 3rd, the corpse which had fallen down in the place was scraped, and it was traced by the inside which turned into a burnt field, and it was only a burnt stone wall, a stone wall without the head, and the burnt of the trunk of the rose.

Strangely, Tachifudoson, who had sunk in fire protection water, burned his back and left half of his body, but his right half of his body with his face and sword was fine.He prayed for his gratitude with tears as he had sacrificed his own self to protect the principal image of the samurai.This burnt-out Tate Fudoson is now enshrined on the left side of the platform. 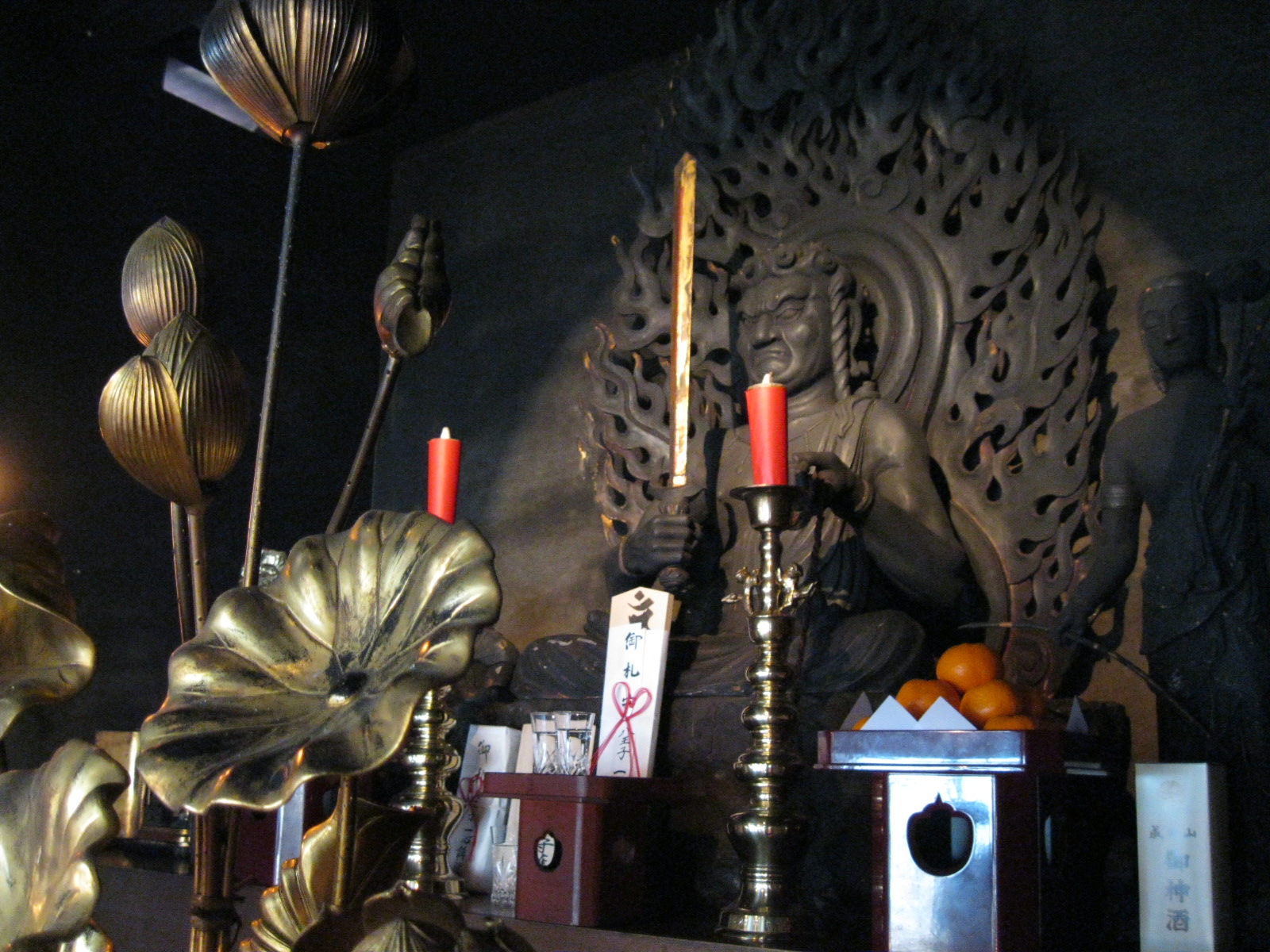